My Hippie Cleanse, (aka- The Best Weight Loss Cleanse) Is Getting National Attention!

Recently I came a crossed an article by Kerry Pieri that highlighted my Hippie Cleanse (Which is becoming known as The Best Weight Loss Cleanse), and I really enjoyed it so I wanted to share it here as well! 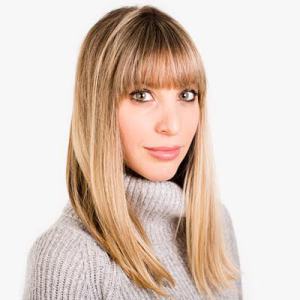 Here is what happened!

By Kerry Pieri
I just completed a ten day cleanse and I feel a slightly thinner and a lot less crave-y. My husband, Steven Macari, as I’ve mentioned on this site before, is a holistic nutritionist and recommended the Purium Cleanse to me. The Purium Cleanse was founded by and formulated by naturopath David Sandoval. It’s a ten-day system—which includes shakes, three different kinds of supplements, and an apothe-cherry juice—meant to detox and reset your metabolism. “On a cleanse we want to lose weight in the form of fat, not muscle. Unfortunately, I find that purely juice based cleanses promote muscle loss due to the lack of protein. When you are not supplying the body with adequate protein, it will begin breaking down your own muscle tissue to meet the body’s protein requirements (this process is known as catabolism),” Macari explains. “Muscle is desirable not only for aesthetics but for its ability to promote a high metabolic rate (an efficient metabolism). This process is one of the reasons you may have gained weight rather quickly after your last cleanse. The Purium Cleanse is one of the few that supplies your body with adequate protein so that you can decrease body fat and stoke your metabolism.”

More From Harper’s BAZAAR
Coincidentally, a fellow editor was recommended the same cleanse by her trainer, one who works with multiple high-profile names, so it’s definitely in the NYC health conversation. In the past, I’ve done one juice cleanse and experienced exactly what my husband explains above, I was very hungry, slightly incoherent and more than a little angry for three days.

I won’t lie and say I wasn’t a little hungry having three shakes a day with three cup-sized portions of fruits or vegetables. The mornings were quite a bit easier. I woke up and ate an apple, cherries or watermelon with the pill allotment. Two hours later it’s time for a shake, followed by a vegetable with lunch, which was usually a small avocado with cayenne pepper and sea salt, and more pills. At this point, I would still feel fine. Two hours following that, it’s time for another shake and pills, followed by a fruit or vegetable two hours later. Around now is when I would get hungry and wonder where my dinner was. I would have my final shake of the night at home around 7PM. Before bed, you have the cherry juice, mixed with water, which is a nice tart treat that also helps with sleep. My fellow editor had hers in a wine glass because she’s fancy. I skipped this one night and was very hungry around 3AM.

At one point, I had a question about my size in comparison to the pills I was supposed to take and Michael Wohlfeld, Purium’s Staff Naturopath wrote back in the same day. You’re not left to figure it all out on your own.
I wasn’t looking to lose a lot of weight on this cleanse. According to the Purium site, those partaking lose 5-20 pounds in ten days. I lost about 4 pounds, which with my small frame seems about right. I already eat quite clean and I’m gluten free, so I wasn’t trying to break any bad habits. I recently reignited a workout plan that has been about a year (or more) dormant and wanted to get my body in peak condition going into it. You’re not meant to workout aggressively on the cleanse, but since I had just started, even light workouts most likely made me hungrier than I normally would have been.

Since ending it two days ago, I haven’t gained any weight back and I don’t feel a rabid hunger at lunch that I had been. I went back to eating dairy and fish, no meat or grains yet, and still feel great. Overall, ten days is a very long time, especially when there are parties and dinners happening—I actually went to one birthday dinner and ate only broccoli, which was a little embarrassing. I’d recommend it for a health boost and to get clean slate, just know you’re going to have to hibernate for a bit.

Want to get the secret of this amazing cleanse?

I have seen amazing results and more importantly I feel AMAZING. If you want more information on how to start this cleanse NOW, I will share with you EVERYTHING I did to get to where I am today!